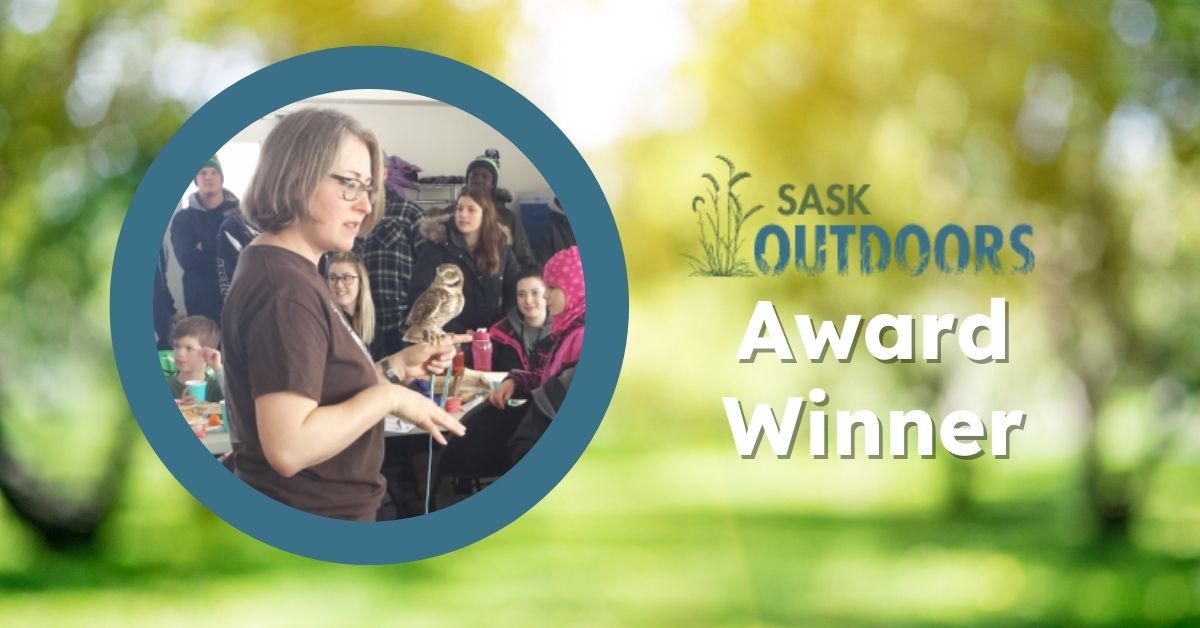 Lori Johnson works as the Saskatchewan Burrowing Owl Interpretive Centre’s Owl Coordinator. Lori was nominated for the Melanson Award by Lorne Scott, who won the award himself in 1987.

It was clear to Lorne that Lori embodies the spirit of the award. Joining the Centre in 2010, Lori quickly found her footing in educating the public about prairie wildlife and endangered owls. Today, the Centre’s Owls on Tour program travels to about 20 schools around the province, reaching about 2500 students each year. In-house tours reach about 10 more schools and 350 students each year. With Lori’s leadership, the Owls on Tour program has grown beyond just schools and now travels to senior’s homes, summer camps, museums, libraries, and provincial parks. Further, the Centre sees an incredible 2000 in-house visitors during the Summer.

Lori is someone who looks to the future. Through her dedication and hard work, the Centre is realizing a self-sustaining wild population of Burrowing Owls returned to their historical range in Canada. Through a partnership with the Manitoba Burrowing Owl Recovery Program, 9 young burrowing owls hatched in Moose Jaw travel to Manitoba to play a vital role in their breed and release program.

Lori herself has hand raised and imprinted 4 owls which have gone on to be ambassador owls in Manitoba and Saskatchewan. Lori describes the amazing experience of raising small, helpless owlets into mature, independent owls. Lori shared this: “Seeing the effect that these owls have on the people who meet them is a tremendously powerful thing. It gives me hope that the future of these owls will be a brighter one than their past.”
Source:
Lori Johnson Melanson Award Nomation, 2017.