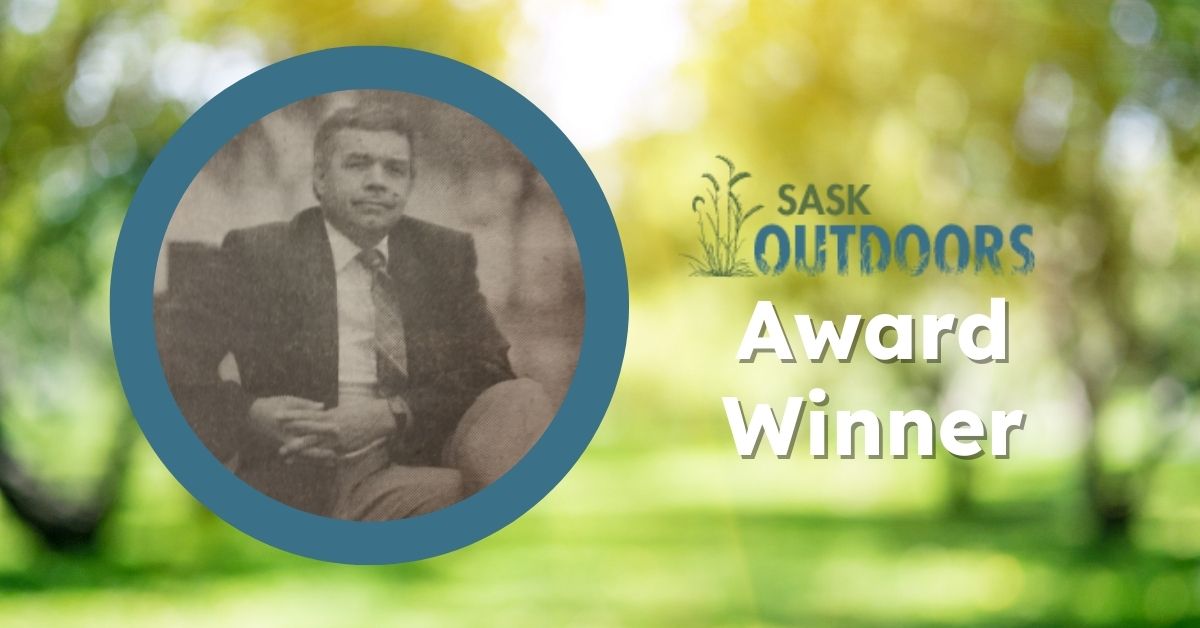 "He lived in [Saskatoon] 10 years and had an impact that some people don't make in a whole lifetime."
(Peggy McKercher, first Chair of Meewasin Valley Authority, Star Phoenix, 1997)

Fred Heal (Melanson Award Winner, 1997)
Fred is a Saskatchewan boy – born, raised and schooled in Moose Jaw. After completing his Biology degree at the University of Saskatchewan, Fred attended Normal School in Regina in the 1960’s. As his former professor Evelyn Jonescu says, “He hardly took a note, but he was the keen one and the critical thinker in class!” Fred taught high school biology at Evan Hardy Collegiate in Saskatoon and led many field trips including major excursions to the Cypress Hills. His keen interest in nature was evident early in his career. After completing a Master of Natural Science degree at the University of North Dakota, Fred’s challenges turned to Environmental Studies at the University of Wisconsin where he became a Ph.D. Associate.
This foundation set the stage in 1972 for Fred becoming the first Director of Public Information and Education in the first provincial Department of Environment in Canada. Besides helping to set the conceptual framework for Environmental Education (EE) in Saskatchewan schools, Fred facilitated many projects that supported teaching and learning in, for and about the environment. Fred worked with Bernie Melanson and the Outdoor Education Association (SOEA) during the 70’s. Under his leadership, Saskatchewan’s first and only international/national Outdoor & Environmental Education Conference was held at Ft. San in 1975 during four, event-packed, sunny October days – a conference to remember! His charisma, dedication and wisdom shaped this world-class experience for over 500 delegates and influenced the direction of EE in Saskatchewan.
As a civil servant for many years in the departments of Environment, Energy, and Economic Development, Fred was always able to balance his perspectives in terms of business, environment, and politics! His talents led him to Saskatoon where he was instrumental in setting up the Meewasin Valley Authority, Wanuskewin Heritage Park and the Partners for the Saskatchewan River Basin while serving on countless public and community service boards. As thinker and doer, Fred always asks, “Why not?”
Fred was a “homer”. He worked long and hard to promote the betterment of the Saskatchewan environment, both natural and constructed. His visions and leadership skills touched countless people on his journey and in his work for all Saskatchewan peoples. He was an advocate for the preservation and enhancement of the environment and for improving the quality of life now and for all future generations. His sound, well-reasoned thoughts empowered others to lead, yet his commitment to projects ensured that he worked hard and selflessly to help achieve results. As an educator, recreator, naturalist, volunteer, and friend to many, Fred’s legacy for the environment was exemplary.
Fred had an adventurous spirit. Some of his diverse interests were bird watching, music, golfing, canoeing, fishing, skiing and travel.
Fred passed away in 1997 at age 56.
The Meewasin Valley Authority honored Fred’s memory with the construction of a canoe launch just south of the Beaver Creek Conservation Area.
Sources:
Fred Heal Melanson Award Citation, SOEEA, 1997
Fred Heal Obituary, Saskatoon Star Phoenix, April 9, 1997
Fred Heal Conservation Award, Partners FOR the Saskatchewan River Basin
Colleagues Pay Tribute to Heal as Visionary, Saskatoon Star Phoenix, April 8, 1997