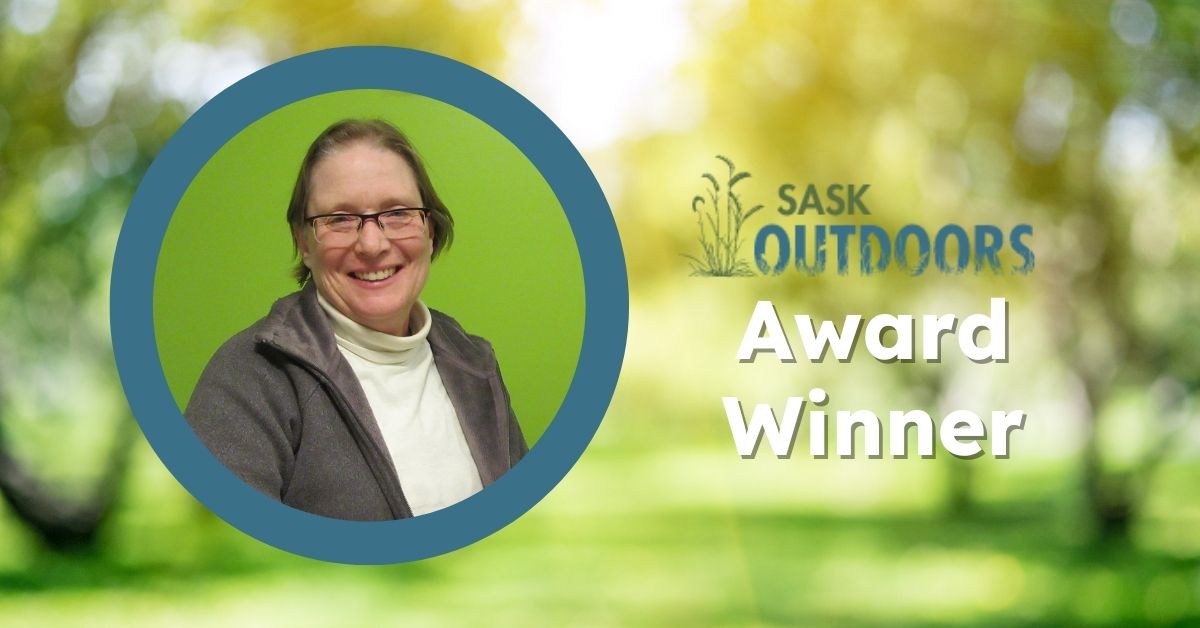 "These earnest efforts just might get us past the train-wreck of the daily news, or the anguish of standing behind a child, looking with her at the road ahead, searching out redemption where we can find it: recycling or carpooling or growing a garden or saving a species or something. Small, stepwise changes in personal habits aren’t trivial. Ultimately they will, or won’t, add up to having been the thing that mattered.”
(excerpt from one of Yvette Crane's favorite authors, Barbara Kingsolver, from her book, “Animal, Vegetable, Miracle”)

Yvette Crane (Melanson Award Winner, 2009)
Growing up, Yvette’s parents took her camping, canoeing and cross-country skiing. They let her play outside where she would feed and befriend the insect and animal world. Yvette’s mother recounts: “At 3 years old Yvette was with the family at Candle Lake, she had a broken arm and had let an ant walk on her arm for about an hour. We finally convinced Yvette to let the ant go because it would be lonely for its family.”
Later in life, Yvette began teacher training at University of Saskatchewan where Bernard LaPlante taught her about Science Education. Bernard turned Yvette on to Science teaching and hands-on, experiential learning. Yvette was also inspired by her internship supervising teacher, Yves Bousquet of Saskatoon, who also used Bernard’s wonderful hands-on units to make Science come alive!
Yvette ventured on many canoe and wilderness camping trips up north as a member of the Saskatoon Canoe Club, as well as tours of the rainforest in Costa Rica. Yvette’s husband, Ian says: “ Her love for nature has taken her from the mosquito infested woods of northern Saskatchewan to the sloth infested sogginess of the Costa Rican rainforest….”
As a beginning elementary teacher in Yorkton and Regina, Yvette’s accomplishments included initiating and coordinating the Columbia School, Yorkton’s first Science Fair. She introduced her interested learners to meal worms, outdoor field trips, winter field trips, School environmental club, and recycling programs.
Yvette was then further inspired by taking ‘Project WILD’ facilitator training where she networked with Lizabeth Nichols, Valerie Mitschke, and Linda Dodd. Later she took part in the development workshop of ‘SnoWILD’, and trained as one of the Facilitators in ‘Focus on Forests’. She has since provided a facilitator role with each of these workshops.
Within the same timeframe, Yvette became co-founder of the “Regina Environmental Group” (with Husband Ian Monteith). She was on a  committee of this group which started first glass recycling (in co-ordination with Loraas Disposal Co.) in Regina. This glass recycling led to all other ‘big box’ recycling at the local malls. Yvette assisted on the “Free Store” project in Cathedral Neighbourhood as well. She also helped to instigate the start of Regina Prairie Garden Project (behind Royal SK museum) before moving to Prince Albert SK to have twins.
From 1991-1993, Yvette was a Soil Conservation Educator with the Saskatchewan Soil Conservation Association, where she developed, wrote/edited, piloted and workshopped/implemented “Project SOILS” around Saskatchewan. Also at this time Yvette was a Committee member for Agriculture in the Classroom, and in 1995 developed “A Lunchbox for Growing Plants”
On Jan 14, 1994, Yvette and Ian became parents of twins! (Annie & Alyx Monteith) The following years were spent together as a family, taking the kids canoeing, camping, enjoying their own trips and experiences together.
Despite all of these other accomplishments and activities, Yvette joined the SOEEA Board in 1992. She eloquently moved through roles of Secretary, Newsletter Editor, Membership, President, and Grants Director over the course of 16+ years. Yvette no longer sits on SOEEA’s board officially but is active in offering guidance and participating in Association events. Her latest endeavor was helping to coordinate SOEEA’s last Eco Tour to the Boreal Forest Learning Centre.
Sources:
Yvette Crane Melanson Award Citation, SOEEA, 2009.
Yvette Crane Award Acceptance Speech, 2009.