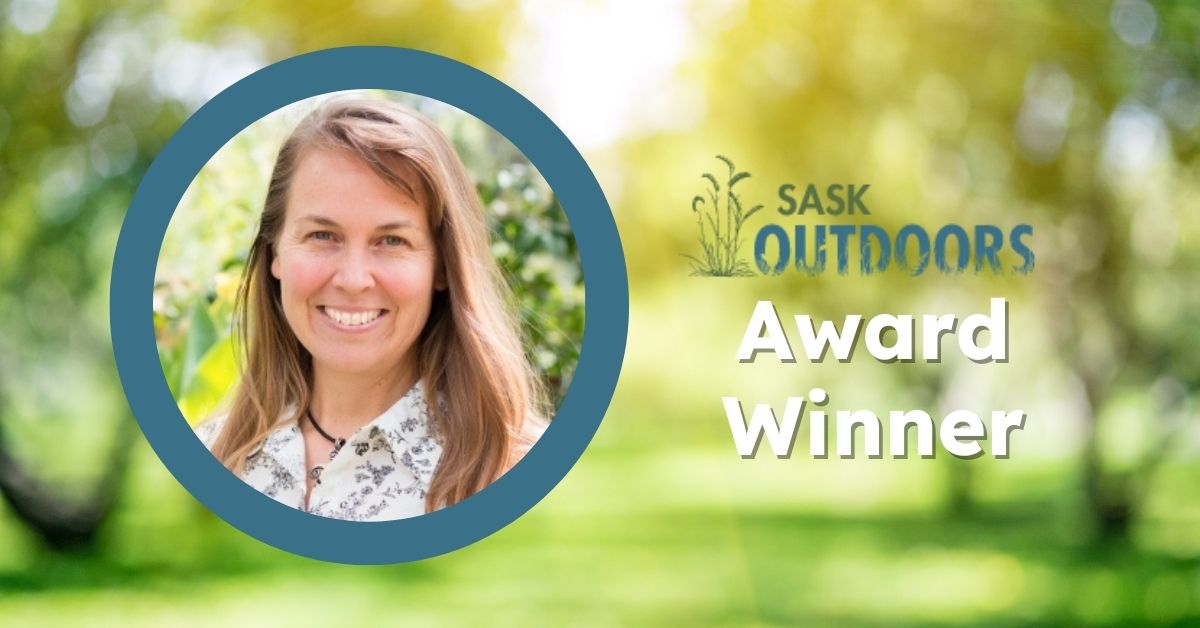 "Peta lives this day-in and day-out, she lives what we’re supposed to teach. Her activism and leadership is infectious and has brought strength and growth to our association. Her contributions to SOEEA will greatly enhance the learning of so many individuals. Her impact stretches broadly.”
(from Melanson Award citation, 2011)

Peta White (Melanson Award Winner, 2011)
Peta majored in Zoology at the University of Western Australia and completed an Honours degree in Veterinary Biology. Along the way, she discovered she loved teaching she undertook a graduate diploma of education and taught secondary school classes in Science…and in Society and the Environment.

Teaching was a wonderful experience for Peta. She taught in a variety of schools and used her own understanding and love of animals to pique her students’ interest, always having a classroom that was “alive” and “green”.

While working as an Environmental Education Coordinator for the Department of Agriculture in Australia, Peta marveled at the commitment of local community groups working on projects to benefit the environment. From this came her strong belief in community participation and environmental education as two forces that can change the world for the better.

Peta initially came to North America to visit with Environmental Educators while on a research scholarship. During this trip Peta met Dr. Paul Hart and decided that she would like to take her doctoral studies with him at the University of Regina.

And so we were lucky enough to see this amazing woman come to Regina!

In addition to her studies, she became very involved in her local community. For SOEEA, Peta’s membership came at a critical juncture when the organization had lost its President, President-elect and Administrative Assistant. Peta agreed not only to jump on board but to immediately take on the role of President!
Her involvement with SOEEA led SOEEA to make enormous strides in Board and member recruitment, community involvement, redefining its mission and goals, connecting with the national and international movement, and hosting a conference.

It is not only SOEEA that owes a debt of thanks to Peta. Her involvement includes many of the key players in the environmental education world in Saskatchewan and nationally/internationally, and has included:

Participation in the Wings Over Wascana Nature Festival;
Active memberships in the Saskatchewan Regional Centre for Excellence and the Saskatchewan Education for Sustainable Development Working Group; and
Acting as International Commission Co-Chair for the North American Association of Environmental Education.

Peta further demonstrates her deep belief and commitment to Environmental Education by acting as thesis supervisor for graduate students in Environmental Education and Communication. Her first thesis student said: “My thesis would not have emerged so organically if it had not been for Peta’s open, honest, and thorough support. She taught me that research can be exciting and personally transformative. She is an example of a personal and professional integration of belief and practices, and an advocate for learning by action.”
Another SOEEA colleague says: "Peta lives this day-in and day-out, she lives what we’re supposed to teach. Her activism and leadership is infectious and has brought strength and growth to our association. Her contributions to SOEEA will greatly enhance the learning of so many individuals. Her impact stretches broadly.”
In addition to her many, many professional achievements, Peta has significant personal accomplishments as well. Peta is someone whose walk matches her talk. She has grown her own food, lived without a car, is committed to owning as little ‘stuff’ as possible, and takes the time to reflect on the most sustainable way to conduct her daily life, happily sharing her learning and challenges with those around her.

She is an inspiration to all of us – Not only to be involved but to mirror our involvement and our daily actions. She is a leader who leads by example – and in by doing so challenges us all to do the same.