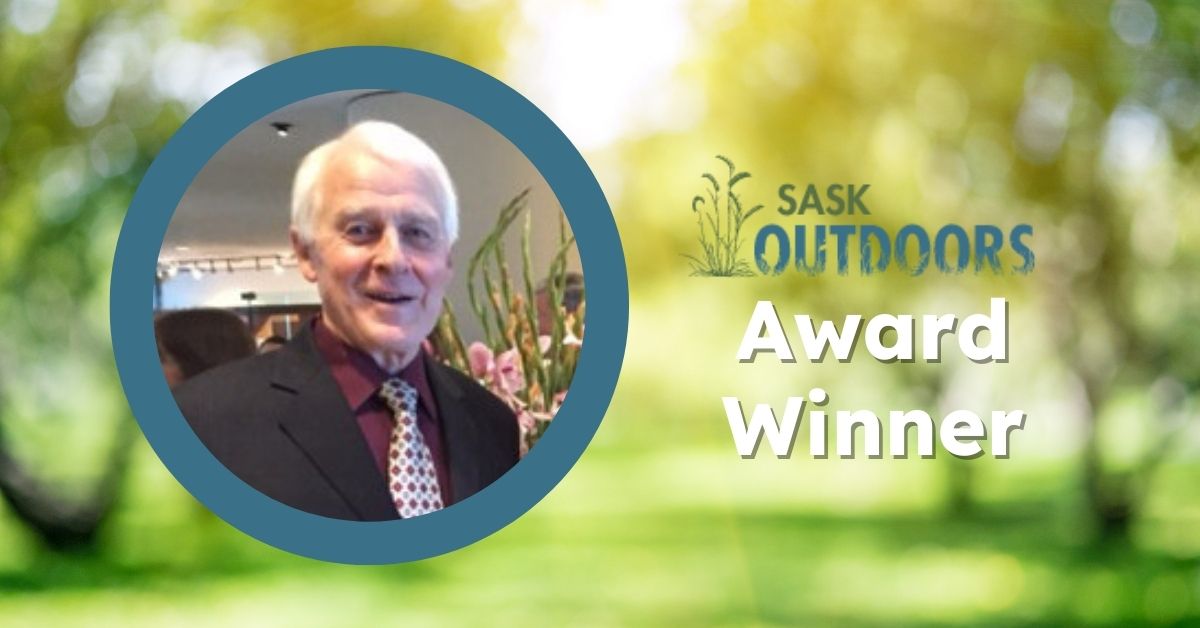 "If Mervyn had not personally fought many conservation battles, Prince Albert National Park would not preserve the pristine boreal environment it does today."
(from Melanson Award citation, 1988)

Developed a school extension program and accompanying edu-kits to facilitate the interpretation of Prince Albert National Park in a school environment, as well as providing resource materials for teachers planning field-trips to the park.
Designed and developed Amiskowan Trail, a nature interpretive trail dedicated to the youth of Canada. This self-guiding nature trail, along with four other interpretive nature trails found in Prince Albert National Park offer youth groups, school classes, and members of the general public an excellent “hands-on”, experiential introduction to the ecology of the boreal forest.
Re-designed the Park Nature Centre emphasizing exhibits which actively engage young people in ecological learning experiences.
Developed the Winter Interpretation Program for Prince Albert National Park. This family–oriented interpretive program, along with the development of cross- country ski trails, snowshoeing trails and other winter activities promote the understanding of snow ecology and its important role in the environments of northern Canada.
Restoration of Grey Owl’s cabin and surrounding areas to promote and interpret the contributions of Grey Owl to internationally known literature concerned with nature. Mervyn recognized that Grey Owl’s writings are an invaluable educational vehicle for interpreting the boreal forest to a very wide public audience.
Developed the award winning “Up North” multi-image slide program which makes use of the music and narration of Saskatchewan artist Connie Kaldor to interpret and promote the heritage values of Prince Albert National Park.
Developed the Friends of the Park Cooperating Association to expedite volunteer activities, special lectures, and the development of interpretive literature concerning the natural resources of the Park. Mervyn led the development of a successful association, a bookstore in the nature centre, and volunteer-based programs for families and young people, including a special presentation of “Lost in the Woods”, a film on outdoor safety for children.

Merv always fought hard to maintain the highest standards concerning the planning and future development of Prince Albert National Park. It is accurate to say that if Mervyn had not personally fought many conservation battles, the park would not preserve the pristine boreal environment it does today. He has always been a strong proponent that the top priority of National Parks must be the preservation, interpretation and enjoyment of the heritage resources which occur within its boundaries. He fought for a fulfillment of that mandate, often without regard for the personal cost or inconvenience such a stance might demand of him.
During his tenure as Chief Park Naturalist of Prince Albert National Park, Mervyn demonstrated the highest of park values and the clearest understanding of the importance of environmental education and nature interpretation.
Source:
Mervyn Syroteuk Melanson Award Citation, SOEEA, 1988