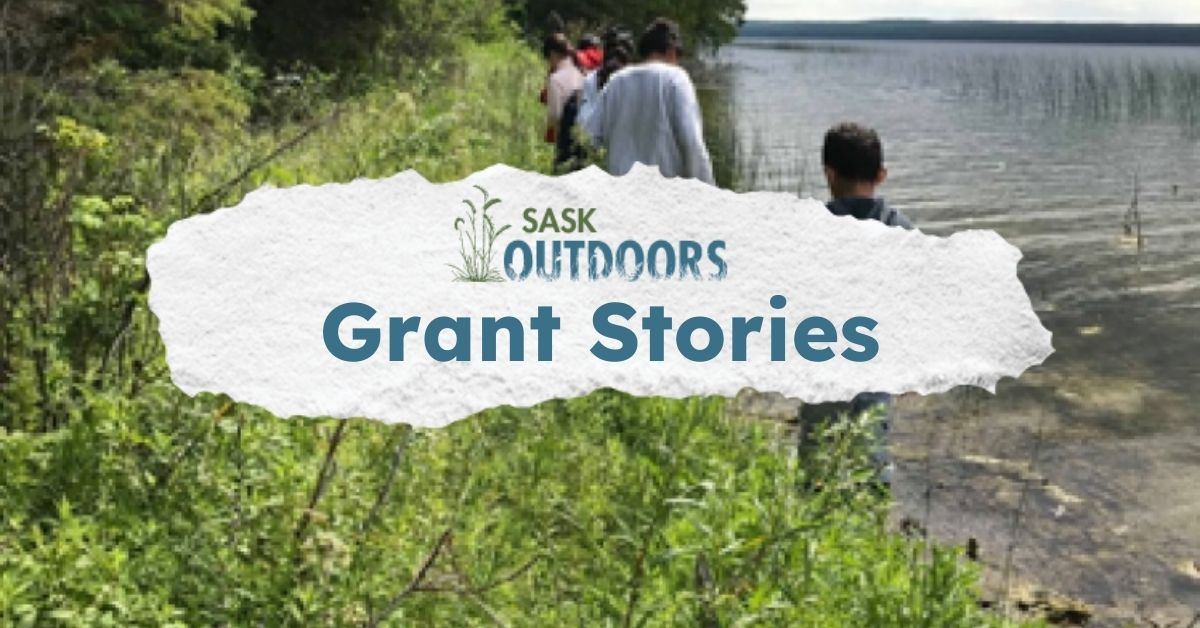 The camp that was hosted by kâniyâsihk Culture Camps was for ages 8-12 year olds but it was not strictly for those age groups. We had a lot of things happening this entire week. There were visitors from Ochapawace First Nation that wanted to know about the integration of Cree language and culture programming. They stayed with us throughout the week. There was also visitors that were researchers from both the U of S and U of A. They both had research interests in language and culture. This weeks theme was Drama and we had guest instructor Bruce Sinclair come and do sessions with the children and youth throughout the week.

The week also played host to visiting language instructors from all over Saskatchewan. These language teachers were from the Indigenous Language Certificate Program and they taught language lessons to the children and youth.

There were pipe ceremonies held each morning during the entire week of this cultural camp. Cultural activities such as nature walks, birch bark biting, square dancing and jigging, canoeing, gardening, tipi teachings, natural law teachings, snaring, berry picking, medicinal plant picking and harvesting. The students and adult learners took part in all these cultural activities during the week.

There were also scavenger hunts and storytelling that weaved the week together. We started on the Monday and ended on the Sunday. There was plenty of activities and work that went along with the days. The weather cooperated and gave us an amazing week.

There was also a CBC reporter that came to document the birch bark canoe build that was being worked on as the week went along. He was from Edmonton and took in the week of activities. There was also a guest from Yortkon Tribal Council that came to put together a documentary on the camp and specifically the Cree Immersion School.

Saturday was special, our community played host to the visitors from Ochapawace First Nation, Peepeekisees First Nation, Office of the Treaty Commissioner, U of S and U of A Professors, MP Honorable Georgina Joilbois, local Leadership and Elders to a full day of events. We started out with giving thanks to the community by hosting a traditional meal followed by a Fashion Show (Cree Design), a Footwear showcase (Mihkwan Fashion) and honour song from Tha Cree Drum Group for all that were present. Our local dancers and drummers were there to perform for our guests. It was a great day and then we went to join the Horse Dance ceremony at Mudie Lake. The horse dance ceremony was a perfect way to acknowledge the work of the community and the children. There were Elders from all over Saskatchewan and Alberta present. This was also used as the celebration ceremony for year 1 of the Cree Immersion Programme. 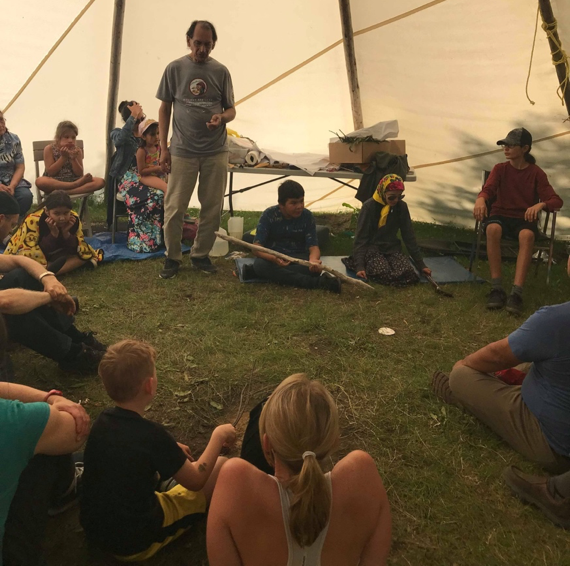 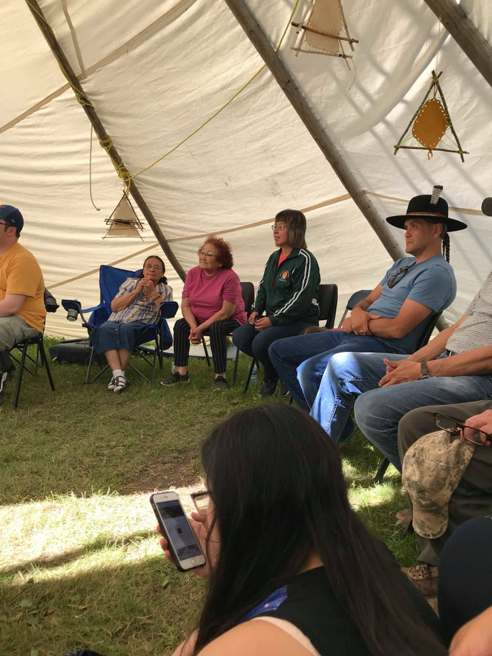 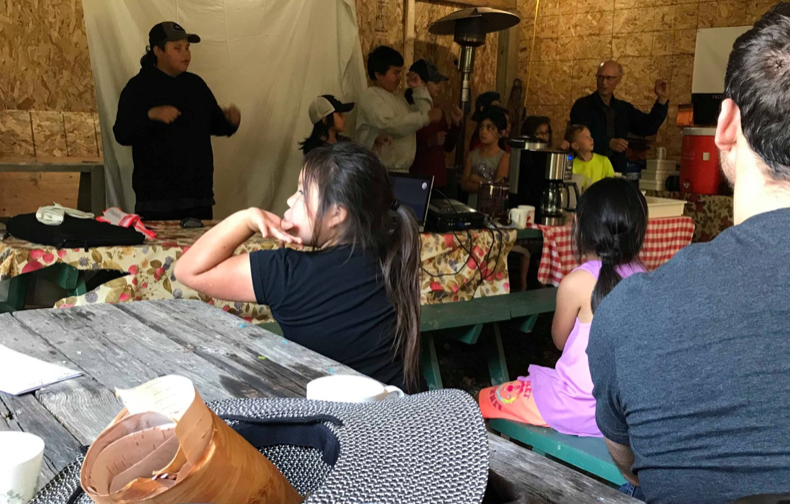