August 27, 2019
TheWildlifeManagement10classwereabletocompletetwocampingtripsinthespringof2019. The trips decided based upon voting after the five student-groups had presented about different ecoregions in Saskatchewan and an itinerary if the class were to visit their region. The two camping trips were to the Grasslands National Park and to the Narrow Hills and Steepbank -Clarence Lakes Provincial Parks. The May long weekend trip […] 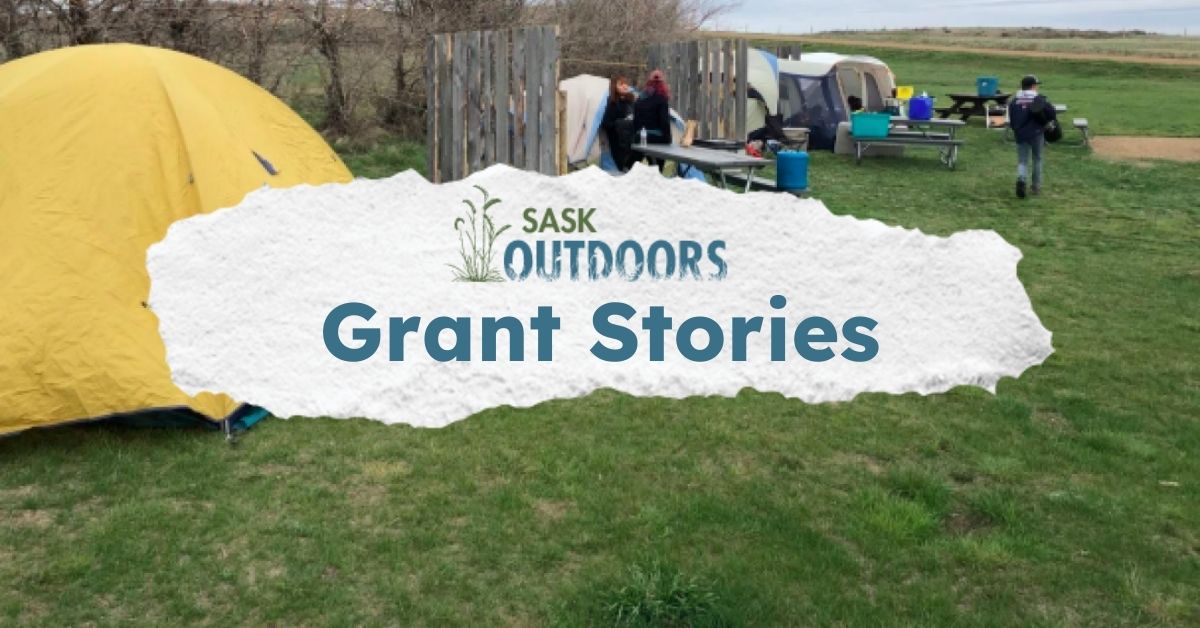 TheWildlifeManagement10classwereabletocompletetwocampingtripsinthespringof2019. The trips decided based upon voting after the five student-groups had presented about different ecoregions in Saskatchewan and an itinerary if the class were to visit their region. The two camping trips were to the Grasslands National Park and to the Narrow Hills and Steepbank -Clarence Lakes Provincial Parks.

The May long weekend trip was May 13-16, twelve grade 9 & 10 students with 2 chaperones, left early on Thursday morning. Once we were further south it was fascinating to hear the students ’ comments about the scenery, open spaces, and a different way of farming as well as the realization of how close to the American border we were. We arrived at the East Block of Grasslands National Park by the afternoon and to a wonderful evening with a warning about some ‘weather’ coming. Students had practiced setting up tents prior to the trip but on site was an interesting life lesson on teamwork and tying out the ropes. Supper plans flowed smoothly with the barbeques and shelter at the Park. Within each group individuals took on roles to see their supper made and cleaned up. In the evening some students practiced their roping skills on the dummy calf or went for trail walks in the evening’s darkness. Others relished the campfire and camaraderie with a dollop of hot chocolate! In the morning we woke up to high wind, rain and sleet. Due to the wet conditions o ur guided hike to the Valley of a Thousand Devils was replaced with a short hike to the quicksand and experience some hail and snow. Only two of the students were hearty enough to face the weather with the chaperones and Park guides but it was a good hike and we learned a lot about the region and paleontology in Saskatchewan . By late afternoon we were able to pack up and travel to the West Block of Grasslands National Park. The students were initially challenging the idea that we would be corralled but the bison roam free in the Park. Once in the Frenchman Valley campground we were greeted by a busy badger where we were to set up camp. We moved to another site but over the next two days became accustomed to watching for it, bison and rattlesnakes. Once again the shelters at Grasslands NP made a wet and windy evening pleasant. The next day we had two guided hikes with Park staff. In the morning we had a wonderful hike to learn and experience the stillness of the prairies included aspects of the living in the area prior to European settlement and the current bison herd management. The afternoon was another hike to learn about prairie dogs, bison, snakes, plants and conservation efforts. It was a grand day to be outside and everyone appreciated the explanation of the things around them. After another busy experience of making supper we had another campfire together. Shortly after 10 pm we were able to watch a long fly over of the International Space Station, a nice finish to the day. Once again the next morning it took awhile to pack up but we were away on the long drive to home.

The northern camping trip was from June 16-19 to stay at the Gem Lakes in Narrow Hills Provincial Park. This trip focused on camping and fishing together. We were not able to get as many trip details for planning ahead but knew there was a campsite at the first of the Gem Lakes, and we might be ‘off the grid’. After arriving in the Park we were able to watch a mama bear and three cubs cross the road in front of the vehicles, a cool, low-anxiety experience. Shortly after arriving at the campsite the Fort Qu’Appelle Fish Culture station and two provincial biologists arrived to release trout fingerlings into three of the Gem Lakes. Watching lakes being stocked was a novel experience but surprisingly similar to the release of trout hatched at our school. The campsite at Jade Lake is easy to access and provided a remote feel for the students. The hike around the lakes is obvious and not too arduous. The area is beautiful and the students learned to fish from each other while playing amongst the trees and with the echo across the lake. It was another beautiful night for a campfire with plans made for fishing the next day. The next morning we left for the Clarence-Steepbank Lakes Provincial Wilderness Park. The first
stop was Clarence Lake, an easy access lake for us to fish from shore. Only one small pike was caught but it was a first for one of the students. Clarence Lake is shallow along the edges and after awhile we decided to move onto Steepbank Lake. To access Steepbank Lake we drove on a rough trail for a bit then hiked in with our fishing gear; along the way it rained lightly on and off but provided a great deal of fear when a flash of lightning and boom of thunder made our hearts stop momentarily. After the long walk our clothes had dried out and we enjoyed our time at this pristine steep-banked lake. It was a beautiful place but our dreams of fresh fish for supper were once again thwarted. After driving back to Jade Lake we found other fishers that had experienced a downpour there. Preparing our supper we realized the rain showers might be a sign of things to come, and put up a large tarp over a shared cooking area. The evening rain continued and made an early night to bed with expectations that it would let up. In the morning after breakfast we conferenced and decided to cut the trip short as most tents were wet inside and our optimism for fish had waned. Students learned how to pack up in the rain and not to put on your dry travel clothes until after the pack up is completed. On the way home there was a lot of rain, but were surprised by the lack of rain at home – such a varied province we live in. Everyone came home tired, happy and dreaming of another fishing trip.

Themostobviouslessonslearned: Whencampingalwaysbringtoque,mitts,andspareshoes.Be prepared to experience something different. Cleaning up after a trip doesn ’t get easier if you ‘leave it for later’. Rolling up your tent from the far side to the door makes the job easier. In our group, we have one new Canadian who enjoyed the quintessential camping experience (except for the lack of showers, etc.) as well as an EAL student who enjoyed the experience with the complete English immersion to improve her skills. Leave No Trace camping requires practice and continual reminders. Erecting a tarp for rain requires some engineering and architectural skills that come with practice. We worry most about things that don’t happen (bears and rattlesnakes) and are least prepared for those that are predicted (weather). Eat more vegetables. We need to go fishing again. Students got a feel for the immense size of our province and that they can organize their own outdoor adventures.

Thank you very much for your support to make these camping trips possible for all the students in the Wildlife Management 10 class. 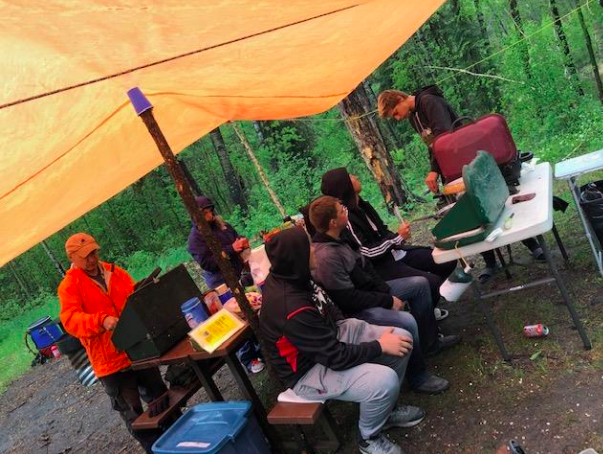 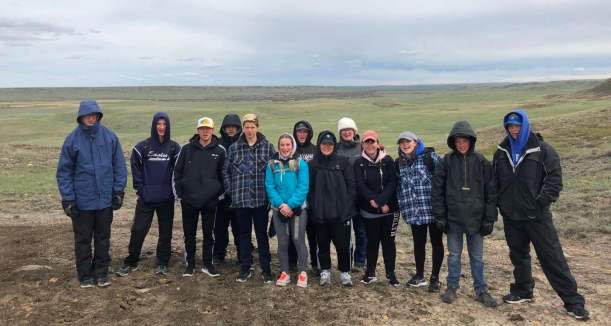 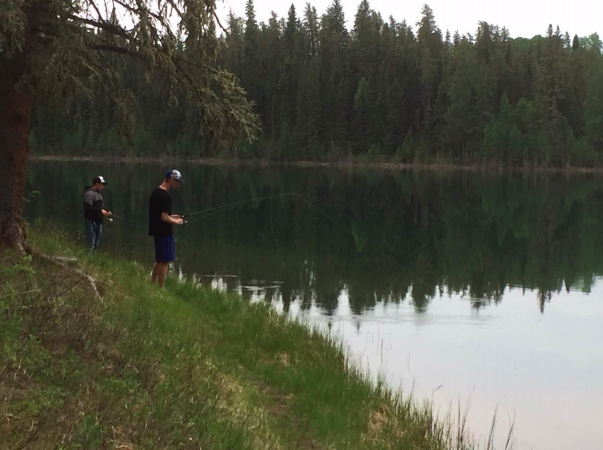 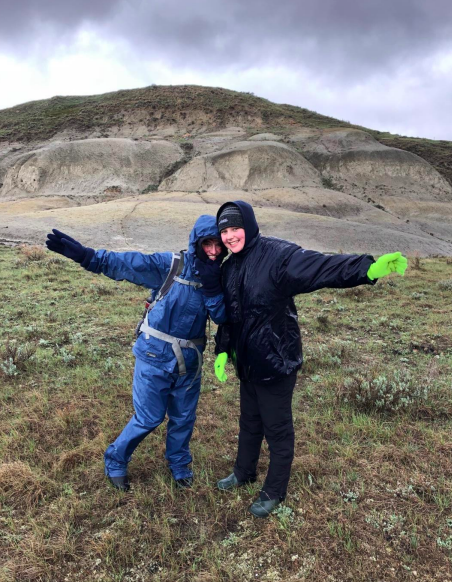 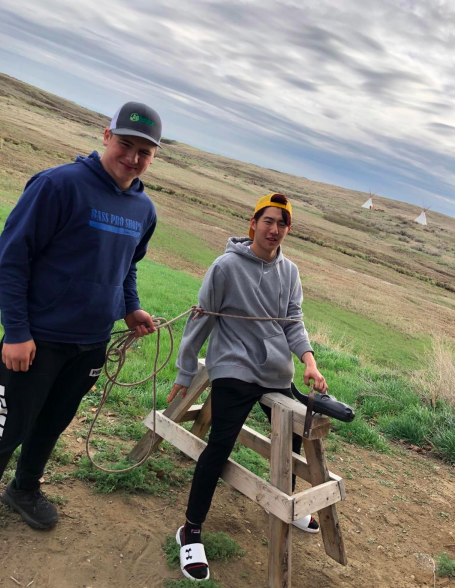 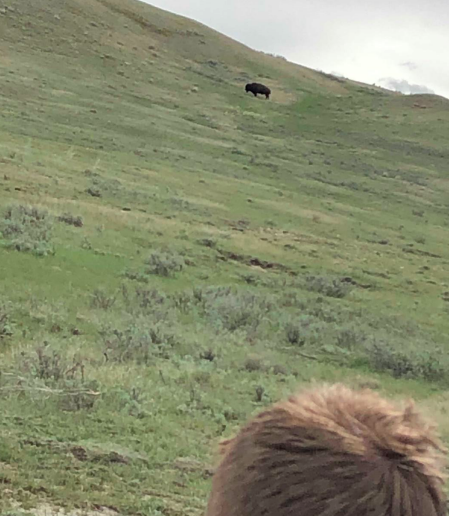 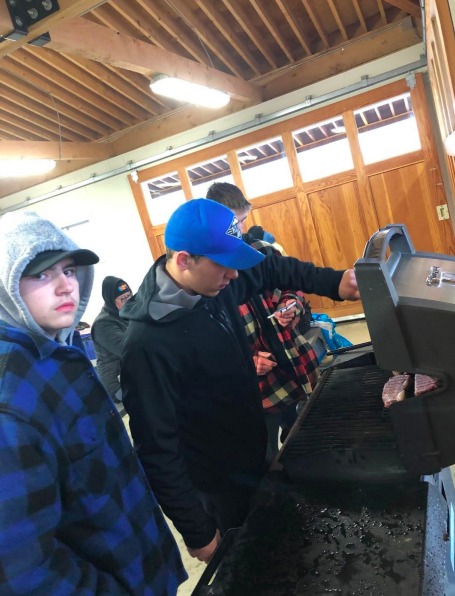 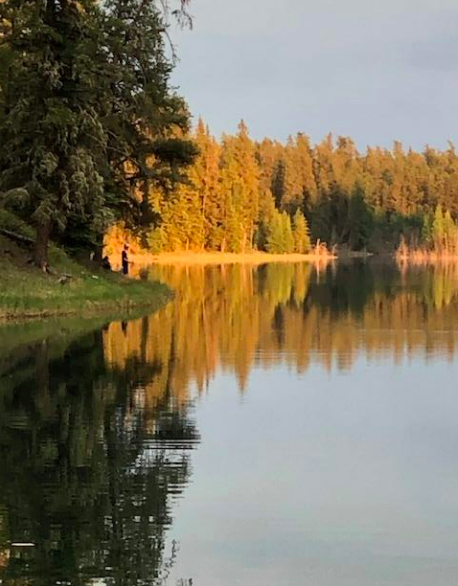 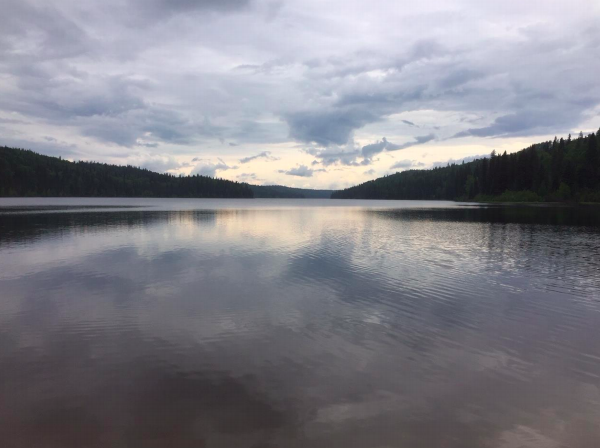 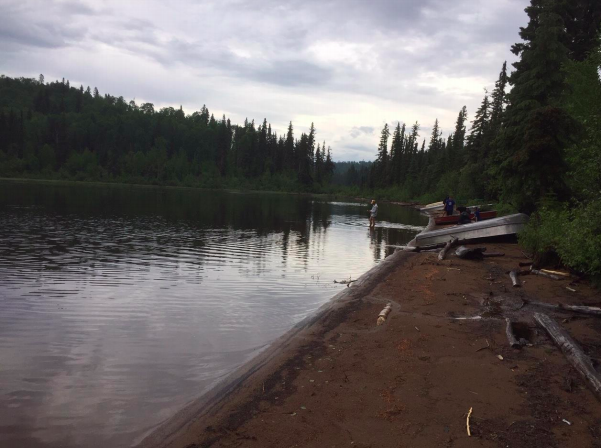 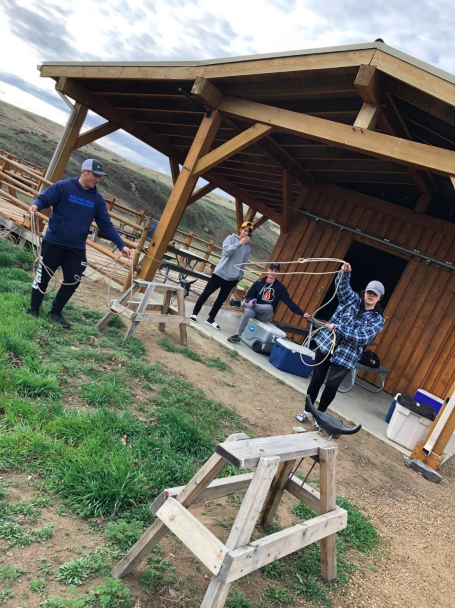 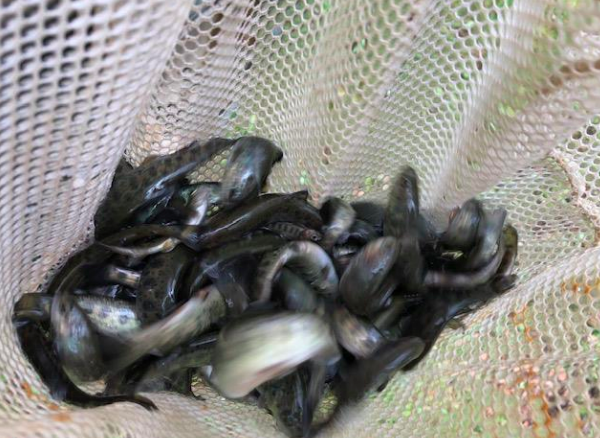 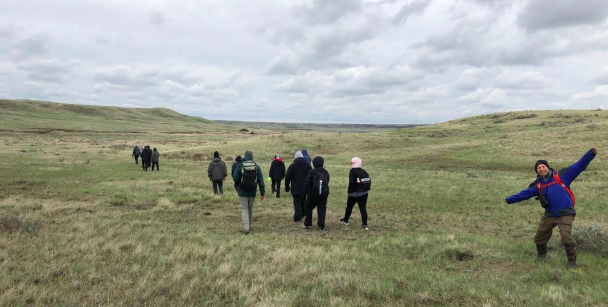