July 07, 2016
The Grade 9 & 10 class of Bruno Central School were able to participate in a 4 day wilderness canoe trip on the Churchill River. Planning in school for the trip included the subject areas of Science, Home Economics, and Physical Education – with trip planning, menu planning and preparation and practicing with the equipment […]

The Grade 9 & 10 class of Bruno Central School were able to participate in a 4 day wilderness canoe trip on the Churchill River. Planning in school for the trip included the subject areas of Science, Home Economics, and Physical Education – with trip planning, menu planning and preparation and practicing with the equipment they would be using. The trip began at Missinipe, Saskatchewan, on Otter Lake and worked down towards Robertson Falls before heading north to paddle and portage through French and Ducker Lakes. Thirteen of the students were able to develop their canoeing and camping skills over the 4 days in May. The first 2 days included some blustery head winds which challenged the resolve of the teenagers but as the end of the second day neared the wind direction changed as did their optimism. The students began to mesh as teams alongside their improving paddling skills. The rain held off until our last rush across Otter Lake from Grandmother’s Bay to Missinipe, but it was a light rain – hopefully the North received more later, as it is quite dry.

On the trip north through the boreal forest, it was interesting to hear the students observations along the way. The trees, the rocky outcrops, the burn after last year’s forest fire, the communities and what they might experience. Churchill River Canoe Outfitters (CRCO) supplied us with the canoe gear and our guide, Andrea, who was an invaluable source of skill and knowledge. Departing from Missinipe was more challenging then the students had expected – taking more then 2 hours to get to a spot that only took us 20 minutes on our return! Our group was made up of 4 female students, 9 male students, 2 chaperones, and our guide. The first afternoon was so slow as the team were working on paddle skills in the face of a strong head wind. We moved behind each rocky point to regroup and rest away from the wind. We made it to our campsite later then expected and each tent group proceeded to get ready for the night before preparing their suppers. After a cold night the students emerged to make their breakfasts and take down their tents and begin another day of canoeing. This day was to be the most challenging for them individually, with sore muscles, away from their typical breakfasts and warm beds. But by the time we reached Robertson Falls they had all resolved to see the trip to the end, no matter what the weather dealt them. In fact, when presented with the option of camping at that site (with an outhouse) the students felt that it would be cheating their wilderness experience. Another late camp set-up but things were working smoothly as the tents and suppers were prepared. In the morning there were more sore muscles although the students were better prepared to know what to expect for the day. We were heading north into narrow picturesque lakes and less wind – everyone had settled in and enjoyed their trip – until the first portage! The students cut their ‘portage teeth’ on a tough, steep, and rocky incline. And they were all rookies. The students had to learn to lift and carry their own canoes, carry all of their gear up and over to the other side of the rapids. Lunch came in the late afternoon along the second portage, on a beautiful long rock point. Then we paddled on into Ducker Lake and camped high up overlooking the lake. The students were now wishing they could stay out for another 2 days; they had found their rhythm. We woke to a foggy morning and our last campsite meal together. The camp take-down was more smooth and fewer struggles with loading their canoes to get their day underway. Before Grandmother’s Bay was the final portage – it was the least favourite part for the students to whom being clean is vital. The portage itself was our longest but relatively easy – it was the narrow muddy end that swallowed feet and coated legs with mud. Andrea, our guide became a hero as she trudged repeatedly through the thick sludge to free canoes from the muck. The paddle from there was uneventful except for putting on and taking off our rain coats. Towards the end students recognized some of the points that we passed by 3 days earlier, they understood how much they had achieved as paddlers.

Some observations from the trip: The Churchill River is at very low water levels, Robertson Falls in particular had much bare rock and numerous clam shells exposed. Jackfish were easily caught but the walleye skunked our team of fishers. Bald eagles and juveniles were plentiful. We were lucky enough to observe a loon on a nest and a grebe on its floating nest as well. Only one night were we visited by a beaver but huge lodges were seen along our route. Whiskey Jack’s (Grey Jay) were regularly observed in their family territories – we learned how they store food for the winter, and how climate change will affect their ability to thrive. More effort needs to be done for students to leave no trace as they are camping. All of the students want to do another trip. As the science teacher I would like to incorporate more multi-day outdoor experiences into my future Environmental Science course. The geography was so different then at home. It was beneficial to see fresh burn from forest fires, and those that had regrown over 10 or more years along the route. Preparation is important to ensure a good experience.

Thank you very much for your support of our wilderness canoe trip. It was an invaluable experience for the students to learn to live within our world and believe in themselves for what they can accomplish. 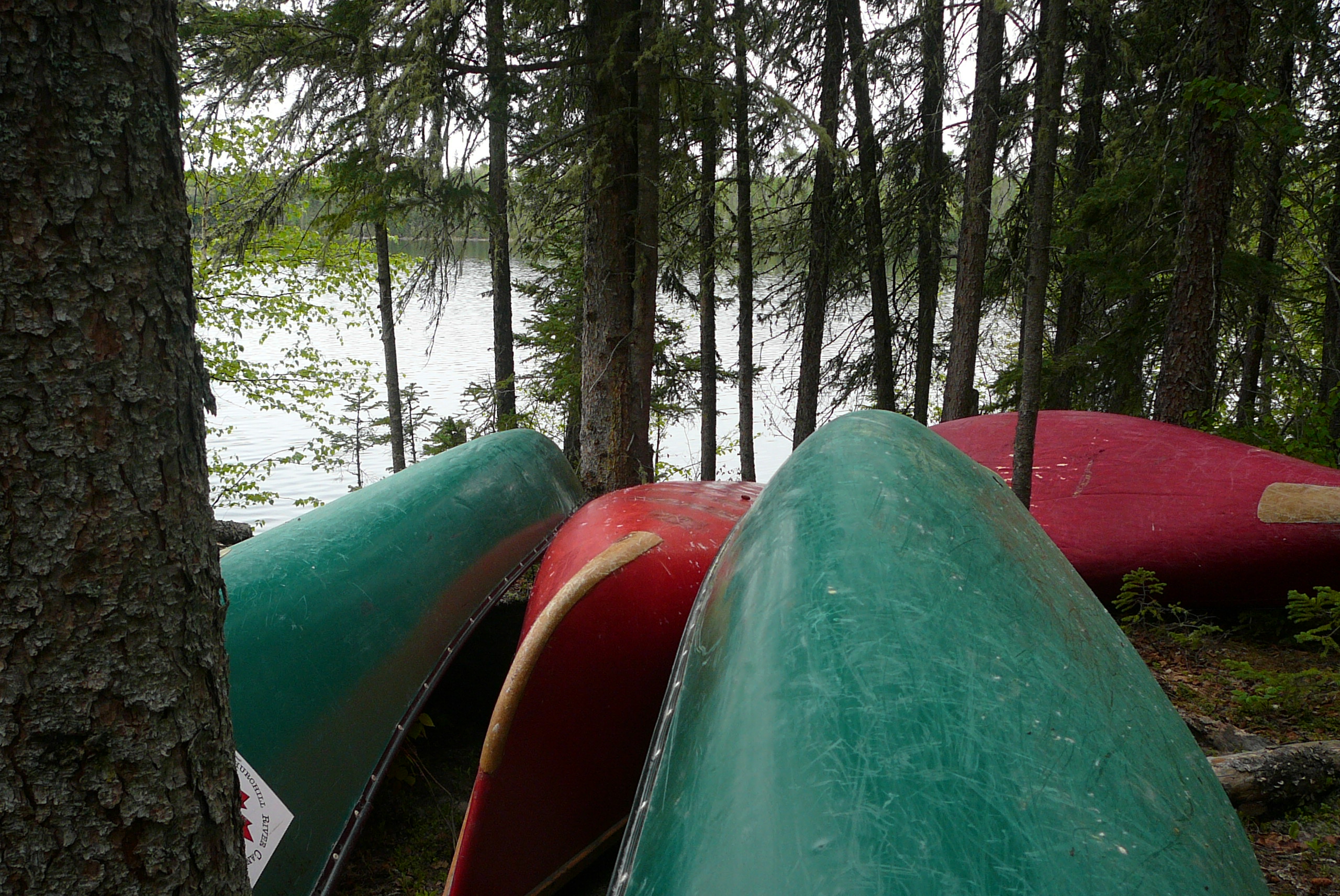 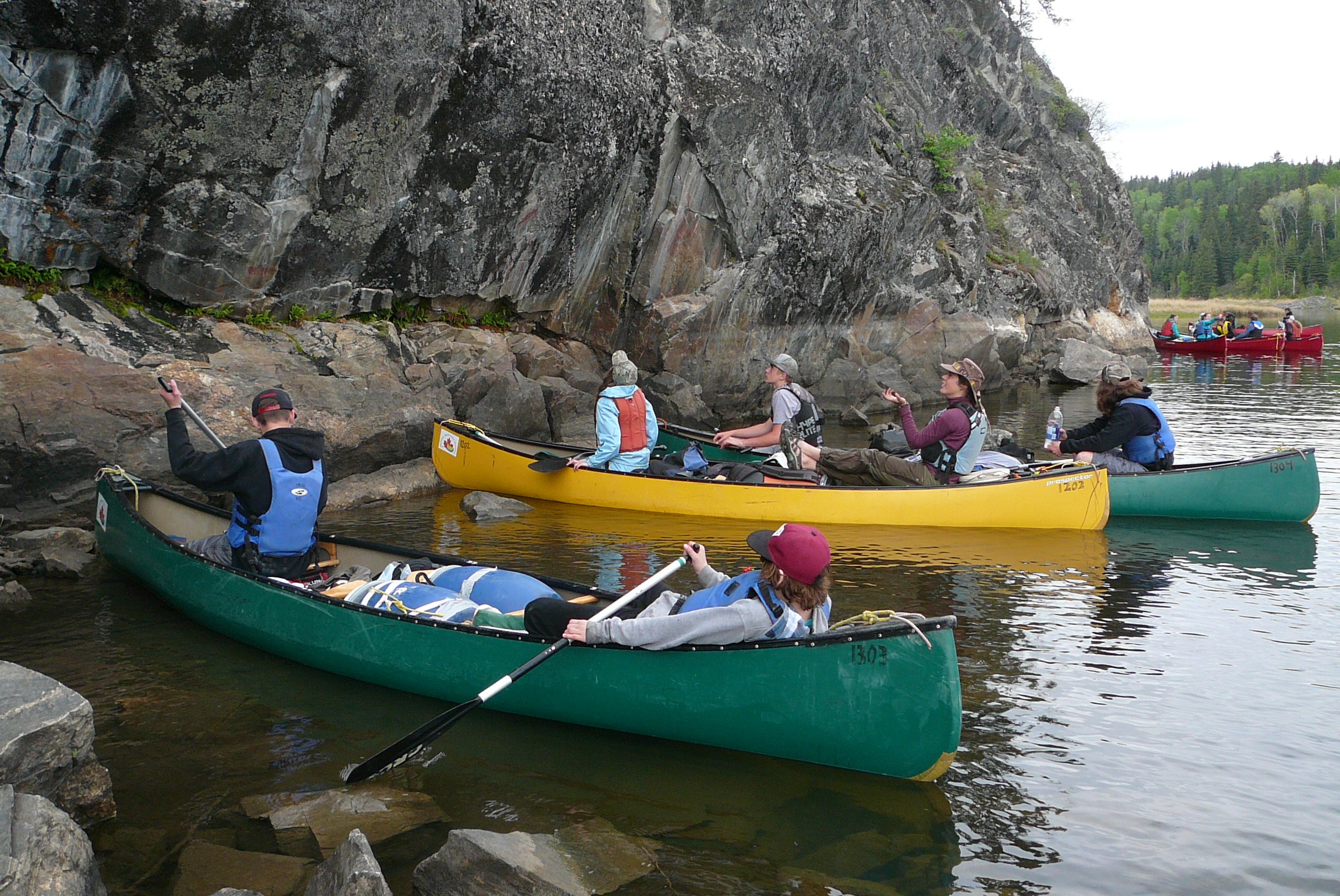 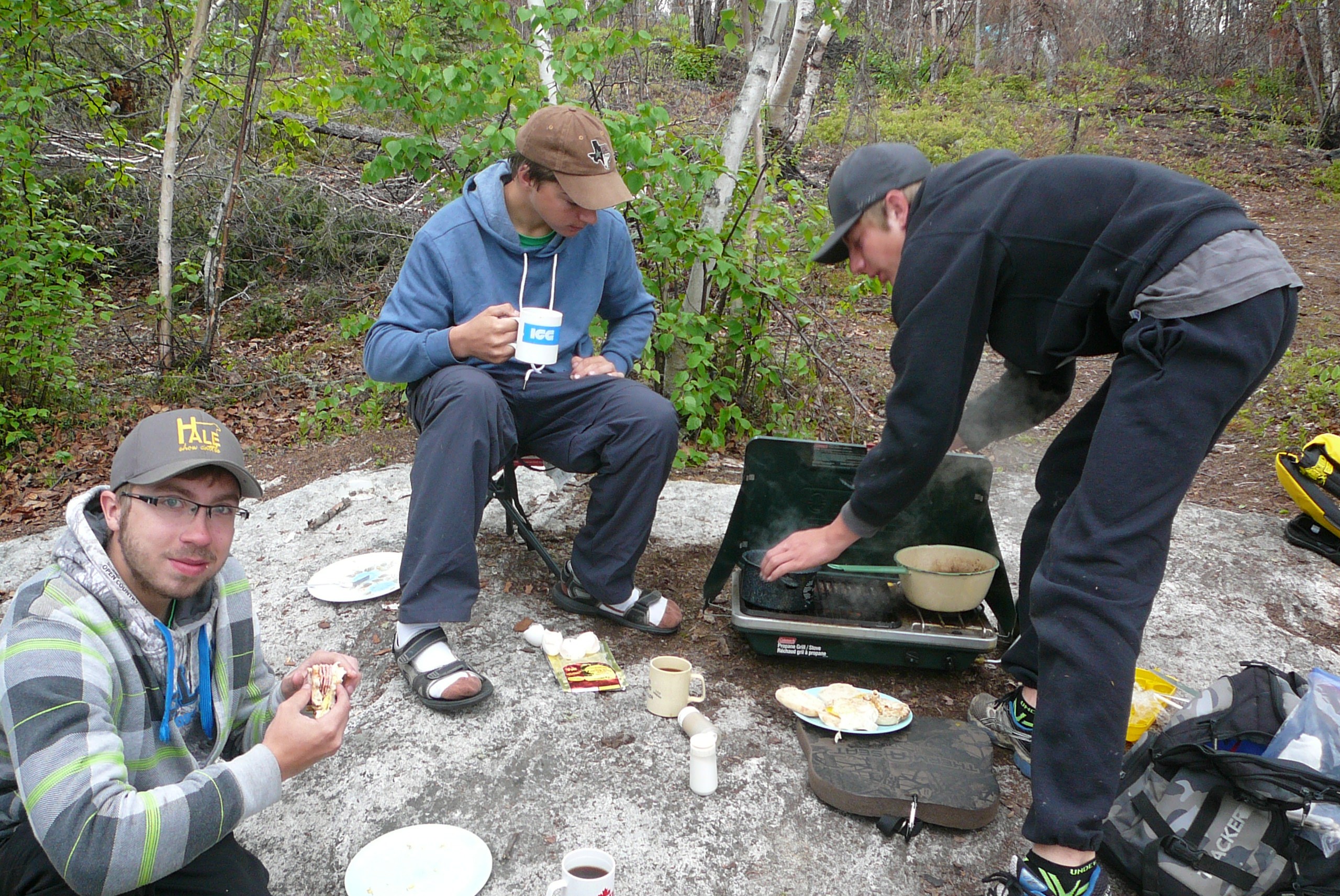 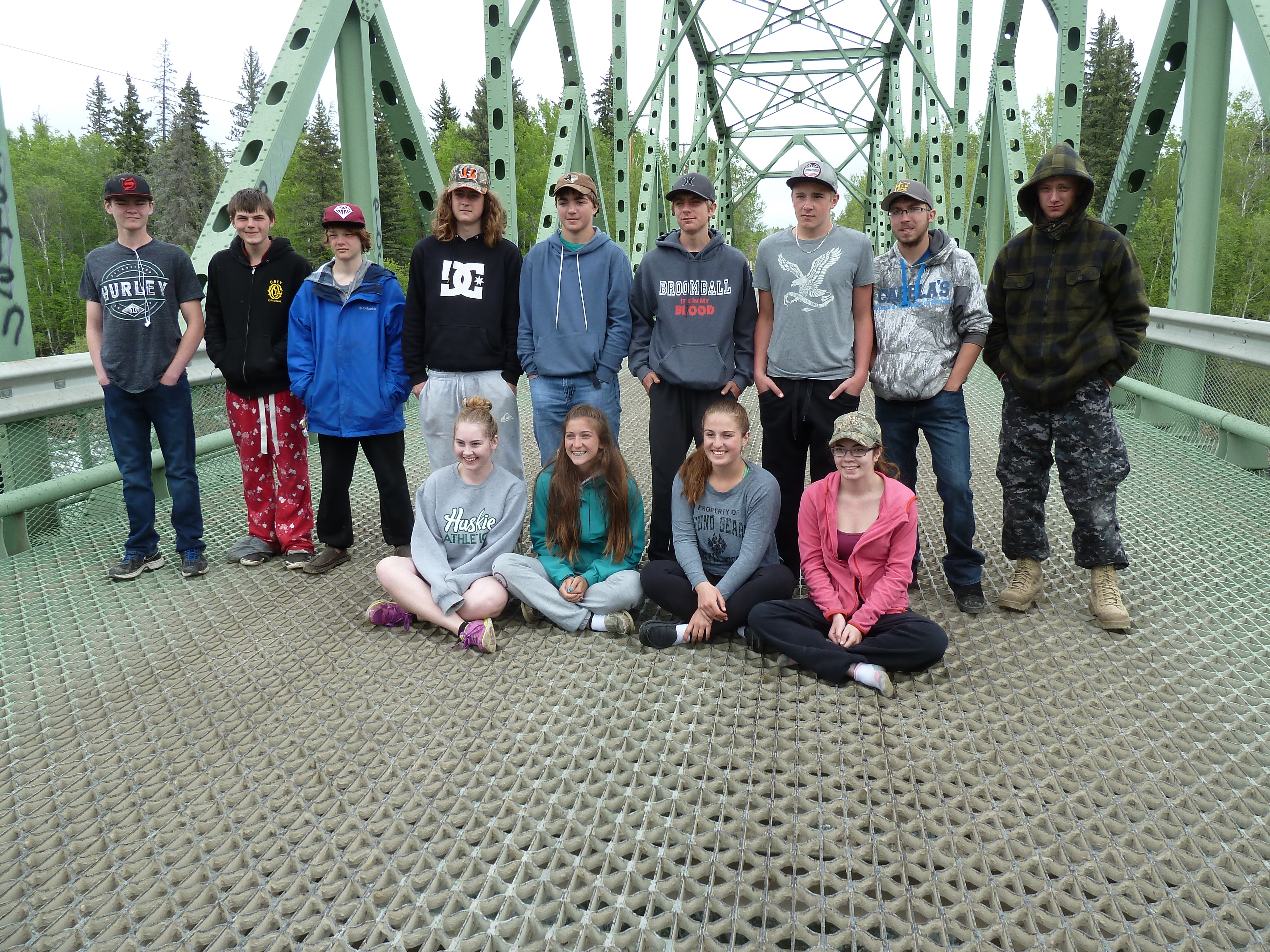 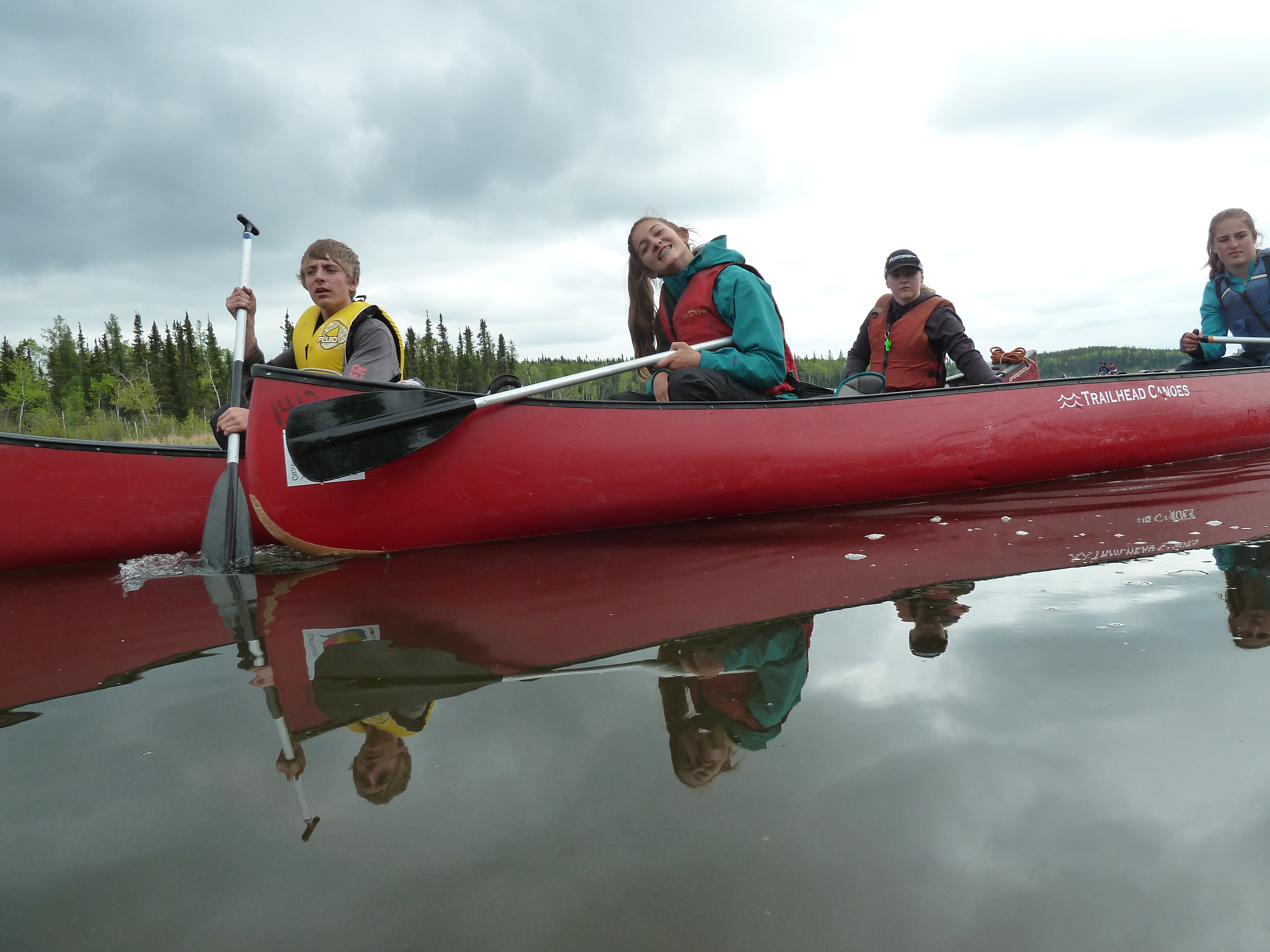 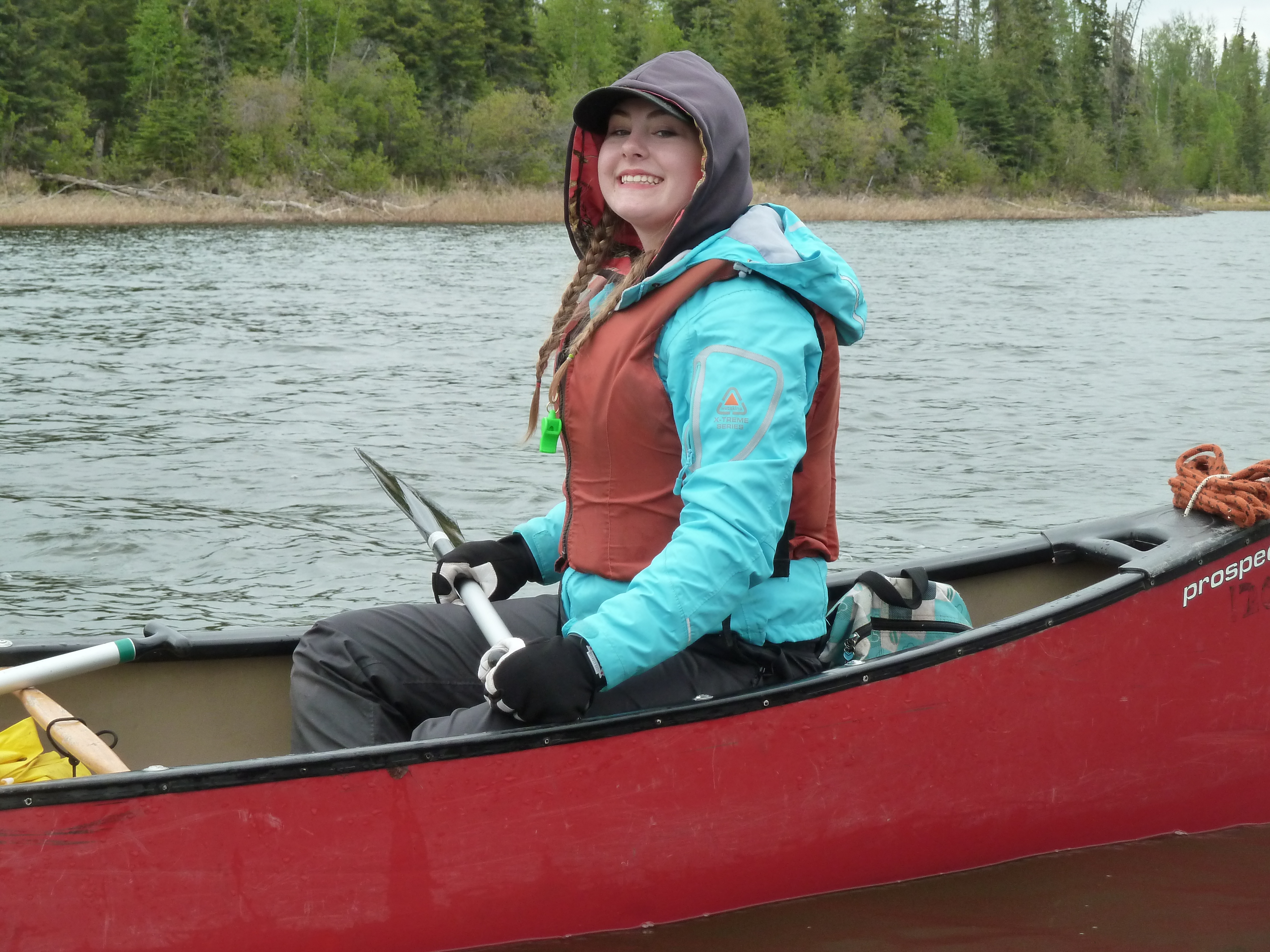