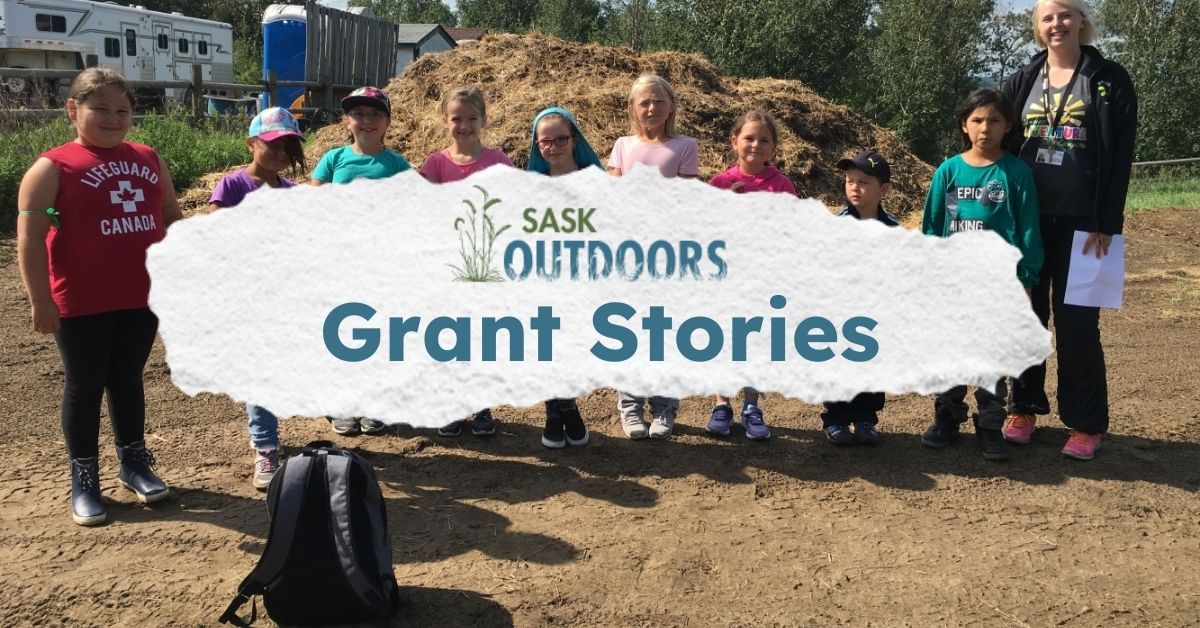 Every year, the Battlefords Boys and Girls Club organizes out-trips as part of our Summer Adventure Day Camps. This year we organized an out-trip to Hidden Meadows Ranch on August 1st, 2019. This out-trip had been planned for early July, but due to inclement weather it had to be postponed until August 1st. The children and youth were bussed from the Battlefords Boys and Girls Club in North Battleford to Hidden Meadows Ranch where they participated in a version of Mantracker.

We had a total of 8 adults (staff) and 28 children (ages 6-12). There were 1 New Canadian and 11 First Nation/Metis children who attended the out-trip.

The children and staff were able to explore the wonders of nature and the role that nature plays in their lives. This exploration was done through the various games and activities they participated in.

This is an amazing opportunity for many of our children and who were not exposed to the outdoors and the importance of nature. Some children have never had the opportunity to visit a farm, various types of livestock and to enjoy a game in the Saskatchewan wilderness. Because of this opportunity, our members were able to broaden their knowledge and experience of the outdoors and nature. 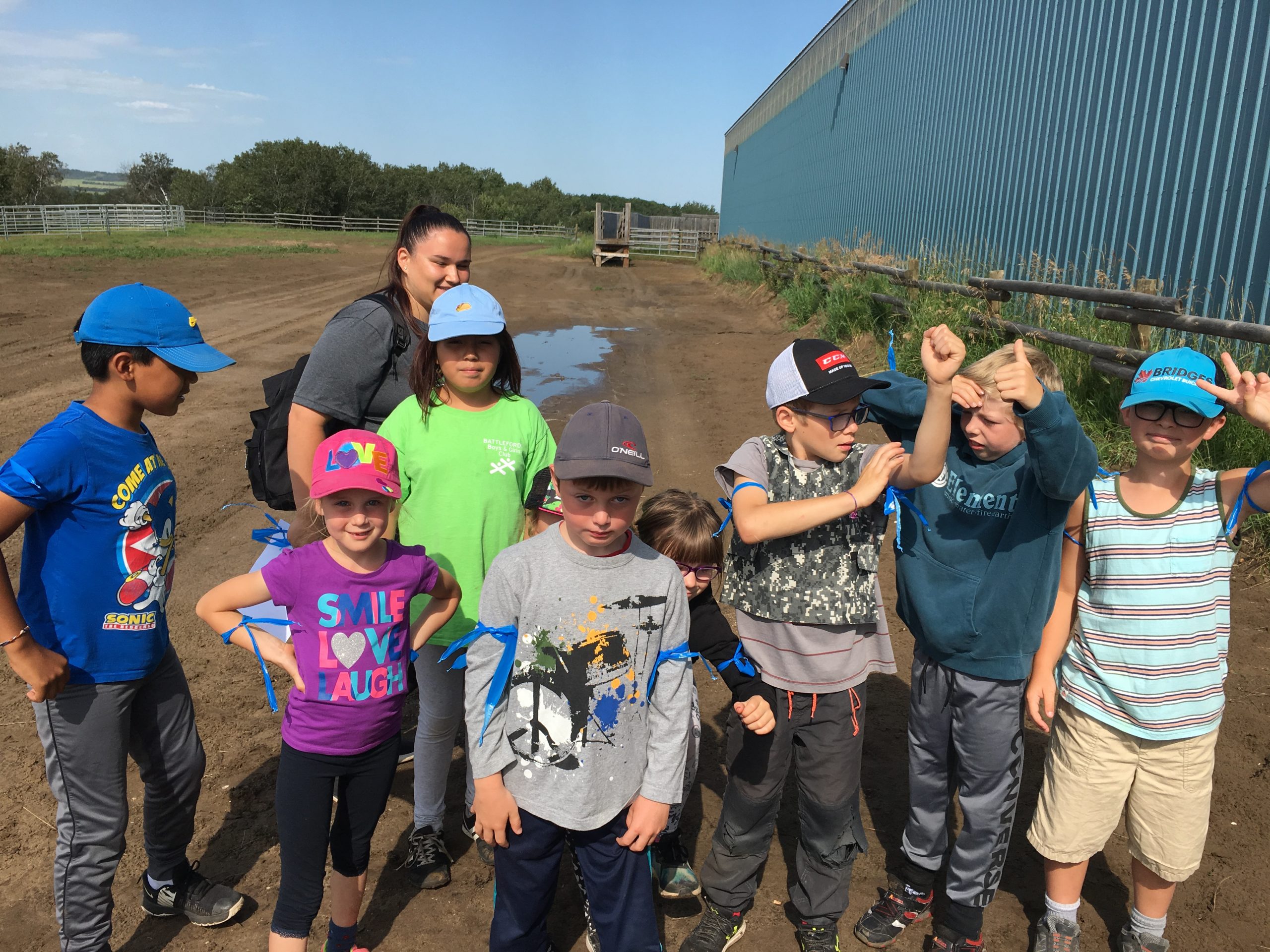 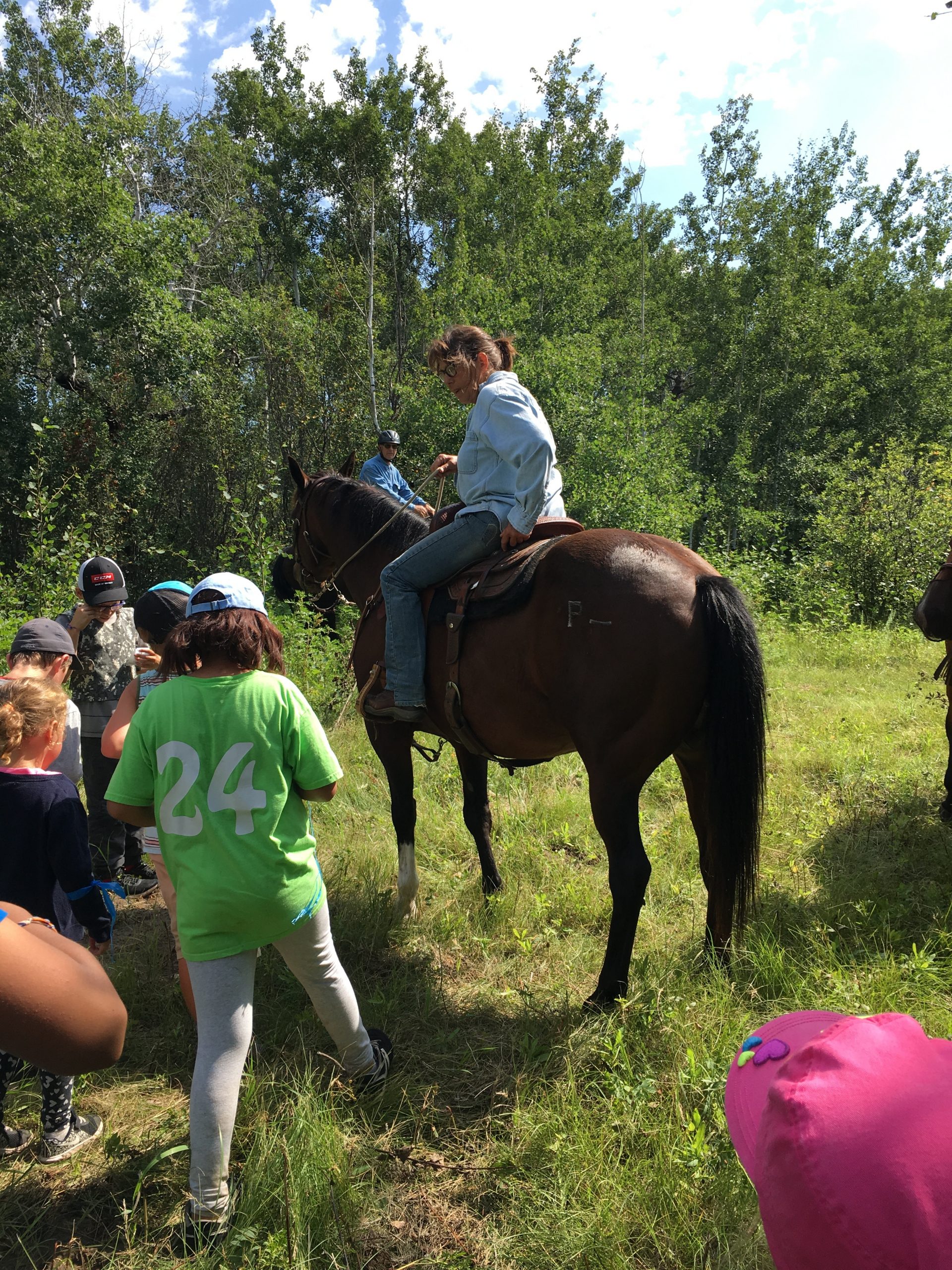