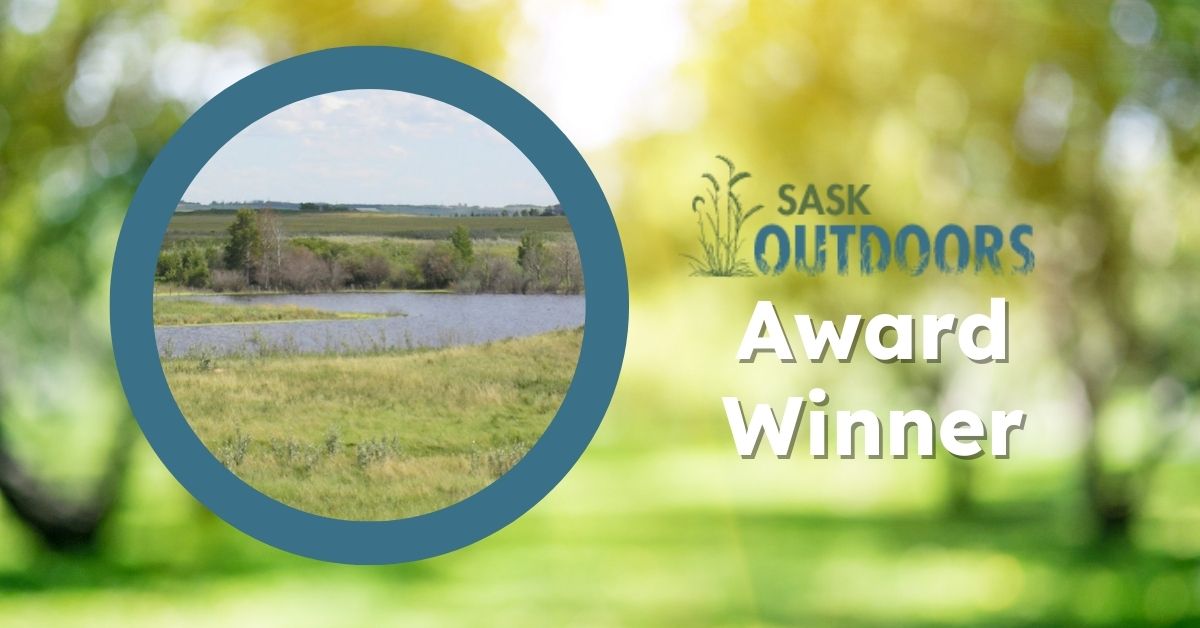 Gordon Silversides (Melanson Award Winner, 1993)
Gordon was born in Wolesley, SK in 1927. He grew up in several small towns in Saskatchewan where his parents were teachers. He received a Bachelor of Education degree from the University of Saskatchewan and began his teaching career in 1951. Gordon taught in Northern Saskatchewan, Jamaica West Indies, and Moose Jaw for the next 33 years. After retirement in 1982, Gordon actively volunteered for environmental causes, and was recognized for his efforts by being the recipient of the Meewasin Valley Conservation Award in 1993.
In his Melanson Award acceptance speech, Gordon recounted a Moose Jaw Riverview Canoe Club outing that took place in the early 70’s, during one of the 15 years in which we served as Club leader. Experiences during the trip included hypothermia but remedied by an exchange of various heat sources (1), and two spectacular light shows, one from the famous Aurora Borealis and the other by fireflies. Gordon described such events as “character building”. His 15 years of Canoe Club leadership at Riverview and subsequent outdoor activities certainly contributed to his ever-growing character.
After retirement, Gordon extended his expertise and enthusiasm for the natural environment as an active member of the Saskatchewan and Saskatoon Natural History Societies. He served as spokesperson for the preservation of a thirty-acre segment of natural prairie grassland near his home in the Silverspring neighborhood in Saskatoon. He strived to preserve this fescue grassland in its pristine form for today’s and tomorrow’s generations to value as a vital part of their prairie heritage. His friends and colleagues have worked with him to compile extensive lists of wildflowers, birds, mammals and lichens that thrive in this fescue prairie ecosystem. This area is now known as the Northeast Swale. Gordon recognized the cultural, environmental, educational and aesthetic value of the Northeast Swale and played a key role in organizing the interpretive center and its team of volunteers. More information on the Northeast Swale is available here.
Gordon passed away in 2014 at age 67.
In a dedication in the 2014 Saskatoon Natural Grasslands Ecological Education Guide upon Gordon's passing, the Meewasin Valley Authority referred to the “grasslanders” who were privileged to have walked with Gordon feel his presence with every return visit to Saskatoon's Northeast Swale.
Sources:
Gordon Silversides Melanson Award Citation, SOEEA, 1993
Gordon Edgar Silversides, Saskatoon Star Phoenix, 2014
Meewasin Valley Authrity, Saskatoon Natural Grasslands Ecological Education Guide, 1994