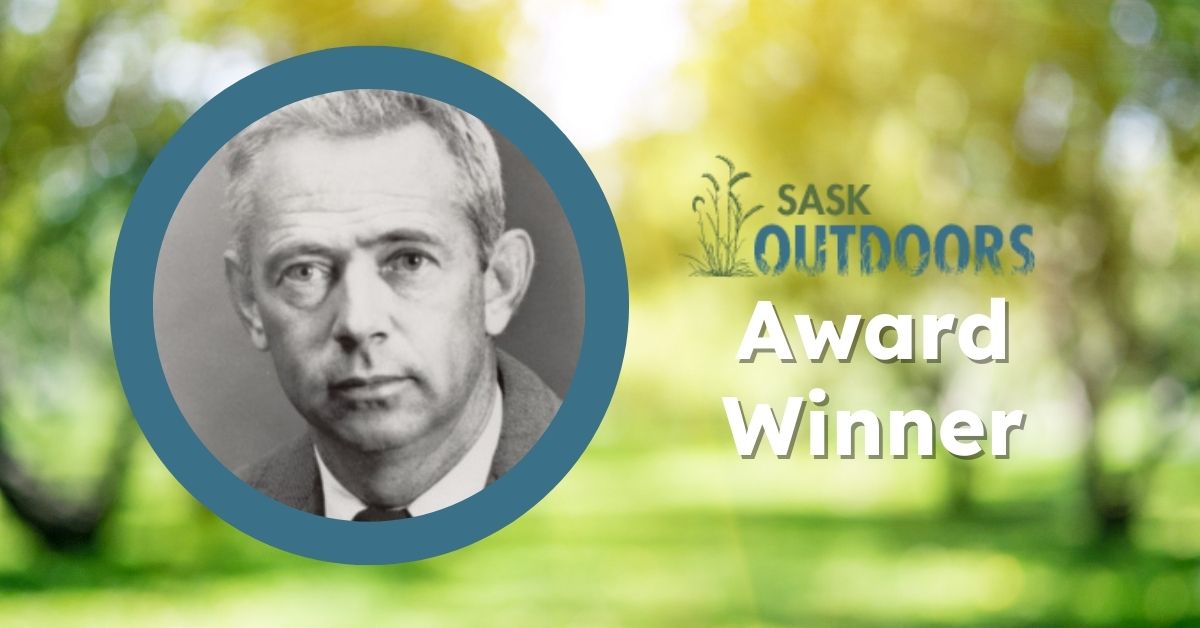 “Ches is a true craftsman, a true outdoorsman, a man who cares about people and about our environment.”
(from Melanson Award citation, 1985)

Ches Anderson (Melanson Award Winner, 1985)
Ches grew up among the hills of Tennessee, and it was there that his great love for the outdoors was first nurtured.  At University he pursued an unusual combination – art and physical education – and these two interests became his life’s work. Through both runs a common pattern – a strong identification with the outdoors.
While at University, Ches became a champion wrestler. After serving in the United States Marine Corps, he completed his Master’s degree in Physical Education, taught and coached for a time, and in 1958 realized a life-long ambition to come to Canada and immerse himself in the wide-open spaces of Saskatchewan. He joined the faculty of the University of Saskatchewan, teaching physical education and coaching wrestling. During that time, he made an outstanding contribution to education in this province.
It was never Ches’ style to wait for someone else to provide the initiative for leadership and action. For many years he promoted outdoor and environmental education through his University classes in outdoor education and recreation. His classes, as well as his personal life, were characterized by integrity and charm, wit and good humor.
Ches had a long affiliation with SOEEA, both as a member, and on the executive. In 1973 he headed the 5th Provincial Outdoor Education Conference in Saskatoon. It attracted close to 500 delegates and extended the influence for outdoor and environmental education throughout the province.
His attraction for the outdoors, his appreciation of nature, and his zest for life were reflected in his art. He was an accomplished artist – his perceptions captured not only the beauty of our environments, but also the unusual, the humorous, the subtle.
Ches also enjoyed the fields and waters of Saskatchewan through his hunting and hiking, canoeing and fishing. But he really could care less whether he got a pheasant or a fish – it was his involvement with the natural world that beckoned and satisfied.
Ches was typically modest about his accomplishments and contributions – he undoubtedly credited Saskatchewan for the opportunities he’d had to realize much of his potential. But also, Saskatchewan is a better place, we are better people, because of his convictions, dedication and service. He was a true craftsman, a true outdoorsman, a man who cares about people and about our environment.
Ches passed away in 2018 at age 90.
Source:
Ches Anderson Melanson Award Citation, SOEEA, 1985