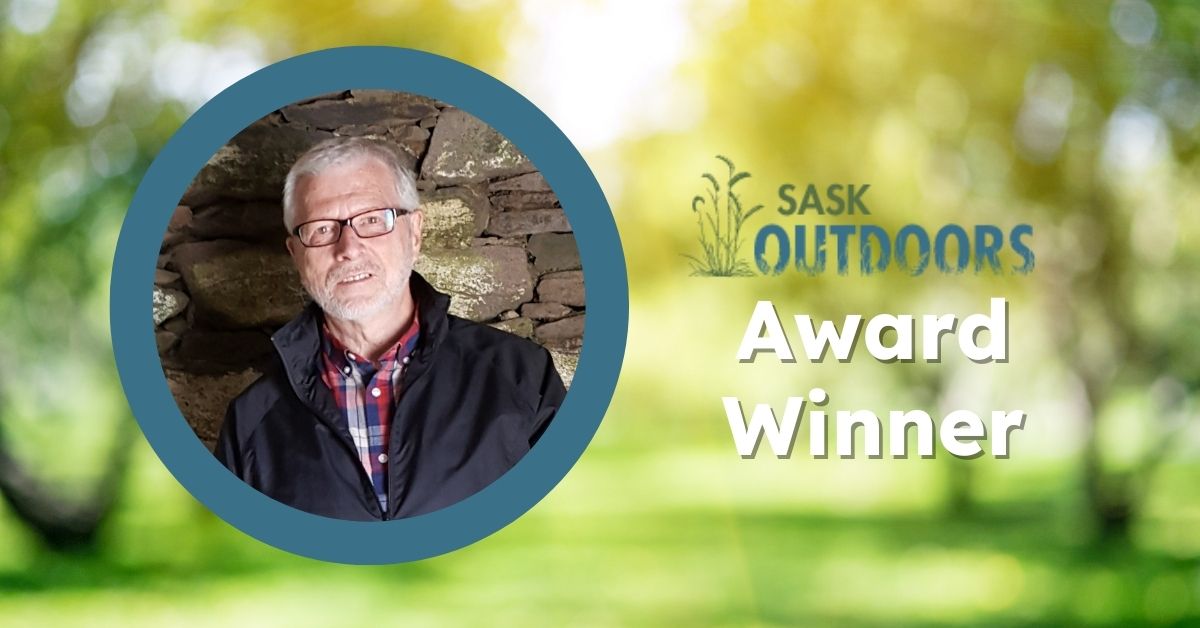 "Bill's quick smile, hearty laugh and keen, witty sense of humor give him the edge in helping others to learn about and in the environment."
(from Melanson Award citation, 1986)

Bill Wood (Melanson Award Winner, 1986)
Two of Saskatchewan’s great heritages are its outdoors and its rural farm life. Bill Wood was nurtured on both. Perhaps because of his parents’ interest in nature and the farm locale at Melfort, Bill’s passion for outdoor and environmental pursuits was awakened early. He has never looked back.
Bill’s early teaching years between 1969-1976 at McNiven and Sherwood Schools in Regina were alive with outdoor experiences and camping schools. When he became an Outdoor Education Consultant with the Regina Board of Education in 1976, he transferred the enthusiasm, expertise and organizational ability of his teaching years into his consultant work, expanding the existing programs and activities in a variety of dimensions. He promoted clinics and workshops, developed a Leader’s program, orienteering workshops, Big Muddy trips, and interdisciplinary Division III Winter Studies program, etc. During his 8 years as a Consultant his leadership style shoed innovation and adventure. (For example, he showed that he could organize a “hot” Ideas Camp at the Smith farm or handle a frigid Eskimo kayak roll in icy Wascana.)
Bill was actively involved with SOEEA. He helped to resurrect the Association in Regina in 1977, served as the Outdoor Adventure leader at the major Cypress Hills workshops of 1980 and 1981, and while serving as Program Director coordinated the “Urban Environment” Conference in Regina in 1983. Many people have been motivated to action by Bill’s enthusiasm and leadership.
One of Bill’s many assets is his ability to relate easily and naturally to people. His quick smile, hearty laugh and keen, witty sense of humor give him the edge in helping others to learn about and in the environment. His wife (Mavis) and two children are also the recipients of his heritage and passion as they camp, hike, canoe, ski and study nature wherever they go. Hence, his mission has come full circle.
Source:
Bill Wood Melanson Award Citation, SOEEA, 1986